It was not until I was talking to islanders about my novel Riduna that I realised that the deep routed emotions Harriet (the main heroine in my novel) experienced on leaving the island of her birth for the first time, are as pertinent today as they were in Harriet’s day back in the late 19th Century. In this, my first novel, I almost see Riduna as another character; beautiful, compelling and unique.

For those of you for whom this is your first time reading my blog, I must first explain that ‘Riduna’ is the Roman name for the Channel Island of Alderney. I chose the name ‘Riduna’ for the place on which the main part of my novel is set, because I felt it sounded magical and a touch romantic, just like the novel itself. Set in the 19th Century, I wished to distance my writing from the tragic, but more famous period in the island of Alderney’s history, when it was occupied during WW2 but, unlike Guernsey and Jersey, it was also evacuated almost totally. 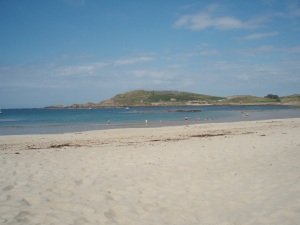 Leaving the place of your birth can be traumatic in itself, but being forced to leave an island, the only place you have ever known, can be heart rendering, and it’s no surprise that many return, or feel drawn to visit as often as they can.

Last October following our visit, I was so overwhelmed by the feeling of loss when the plane took off from the little airfield that I strained to look back towards the familiar but beautiful shape of Alderney. As it gradually disappeared, I even shed a few tears. Looking up, I caught the gaze of a young girl in her early twenties also with moist eyes, and our smiles shared a moment of quiet empathy.

There is a lady follower on twitter who was born on Alderney but now lives in Canada. She tweeted recently:

I was not born on Alderney, but even so, my family history on the island has an irrational pull for me, which is hard to explain. If you are a Ridunian living abroad and these words evoke similar emotions, I would love to hear from you!

Filed under Alderney, History of Alderney