If you look back at my introductory post, ‘Themes in Novel Writing’ just over  week ago, I looked at why we need to be aware of themes running through our writing. These are usually premeditated, but some creep into our plot unawares.

THE THEME WHICH INSPIRED MY NOVEL

As I have described my initial inspiration for my new novel ‘MISSING, Past and Present’ was from my voluntary work at a  centre for the homeless in Luton, and more recently for local folks in need at Kirkcaldy Foodbank. Recently I have written several posts on this theme.

A THEME WHICH I DEVELOPED AS I WROTE 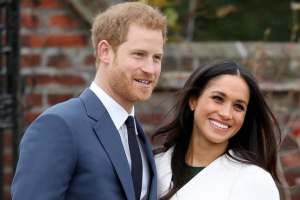 Our very own Harry and Megan

~ as a theme crept up on me as I was writing, and I even back tracked to ensure that it flowed and challenged the reader throughout the novel. How did this happen?

I had planned for two of my characters, Orla and Jamal to fall in love. Orla is an Irish Roman Catholic who runs The Ark, a centre for the homeless, with her sister Laura. Jamal, my protagonist Dorothy’s foster son, is a Muslim refugee from Syria.  It was a potential union of two beautiful people, in both appearance and personality. They were such lovely young people that I needed tension and intrigue between them in some way to give the plot a jagged edge of uncertainty.

Dorothy also lived in  refuge for a while and got to know some of the young ladies living there. It was quite natural that some of the shared their stories with her; Dot being quite motherly and the oldest resident.

After I had written this chapter, the theme MIXED MARRIAGE popped out at me and I slept on that thought. I often solve plot issues in my sleep. The next morning I back tracked and revised Dorothy’s memories of her married life with Gerald, up until he disappeared. Before they were married Dorothy had been a non practicing Jew, although her roots were deep within her psyche, but Gerald was a practicing Church of England. Dorothy agreed to attend Gerald’s church as her compromise and when homeless it was a subject she reflected on when wondering where their marriage had gone awry and in the moments when she was trying to make up her own mind as to what she now believed.

I now had two types of mixed marriages represented in my novel:

and both had similar and yet very different challenges and issues.

With Megan and Harry’s interracial marriage I had high hopes that some of the problems related to the first might evaporate, given such a well known role model. If their marriage was accepted by the Royal Family, no less, surely that would benefit the race relations of the whole nation. We shall see now won’t we?

Thus MIXED MARRIAGE as a theme in my novel added:

I did not try to give answers and I certainly didn’t preach, just highlighted the issues arising in a natural way as they would appear in real life situations. After all, we have to go through our own journey of awareness, some steps quicker than others.