Is your favourite character in a novel always the protagonist? 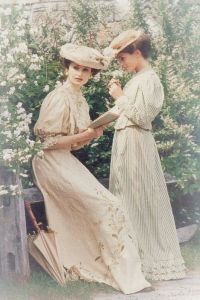 This question was posed to me the other day and got me thinking. Even in my own writing my favourite character isn’t always the protagonist.

In ‘Riduna‘ for example, my first novel ~ historical fiction set on the island of Alderney in the Victorian era, Harriet, the protagonist, is key to every part of the story. A quarryman’s daughter, Harriet is the person who binds the others together and, as the author, I know her intimately. I can describe her life from the moment she was born through to adult hood and middle age. I have not killed her off as yet but feel sure that I will know her as an old woman too ~ but is she my favourite character? No, actually she isn’t!

It is Jane who intrigues me most. There is a bit of mystery about her. I only know of Jane’s life as she arrives on Riduna from mainland Britain as a teenager. Having lost her mother she is brought up by her father, who is the island’s doctor. Jane is well educated and intelligent in a mature and thoughtful way. She finds herself in a society where class isn’t as distinctive as back in the UK. As Harriet’s best friend she is a leveler and yet she is also a dreamer. It is she who travels the world in her career as a nurse. She chooses ambition over love, marriage and babies. Is this totally fulfilling for her? At the end of Riduna she begins to take her chosen course, but it is in my second novel Ancasta  that we see her fulfilling her ambitions. We also see her threading back into Harriet’s life. She is always the steady influence, even though their outlook on life is so contrasting.

I am fond of Jane for her loyalty to Harriet and yet she is her own person. A good friend is not one who smothers or submits but is one of mutual respect. A friendship should be supportive but also allow each to be themselves.

Diana Jackson is the author of The Riduna Series which can be found on her Amazon page .Riduna is currently only £1.99 on Kindle.

“Diana Jackson is a great writer who develops a wonderful story”

Harriet always thought she had her simple life planned out. She would grow up on Riduna, marry and raise a family, never leaving her tiny island home. Sometimes dreams aren’t enough to face the realities of life, and the harsh realities of life can change even the best of dreams. Edward grew up next door to Harriet and he had always dreamed of traveling, going to sea and adventuring, but he always thought he would come back to the safe port of home in Riduna, and Harriet. When tragedies occur and Edward is far at sea and nowhere to be the rock that Harriet needs, his cousin Joe becomes her rock and protector. Riduna follows these three people through life and the developments of the world and war, and all the events that occur to change all of their dreams. Diana Jackson does a wonderful job of giving readers a family saga that touches your heart with love and heartache. You become involved in the family and want to know more and want to see what occurs.

Riduna is such a small island, but among the friends we met in the beginning, some can’t wait to leave, some can never see themselves leaving, and some who never planned to leave find things that they have no control over can change even the best of plans. Diana Jackson is a great writer and develops a wonderful story that has you feeling part of the lives of these people. You can almost imagine yourself on the island of Riduna right in their lives. There are historical events that truly occurred mixed into the story that makes it feel even more real, and like this could really be someone’s actual life. This is a great book, the first of two books in the series, and would be a wonderful read for anyone.

You can read this review and others on the readers’ Favorite website:

Another 5* Review ~ A Balance of Perspectives

I would like to celebrate with you two new 5* reviews on Amazon this week, the first for Riduna (the island of Alderney, Channel Islands):

“I read this book as the precursor to Ancasta to ensure I understood the characters and settings, and I’m pleased that I did. The author paints an engaging picture of life on the island of 150 years ago, aspects of which I could relate to my own early years. The story tells the timeless dramas of life’s progress spanning many years against this fascinating background, and is very readable – you really feel you get to know the characters and the island.”

The reader continues in his praise of Ancasta:

“The Riduna story develops dramatically as it shifts its location to Itchen Ferry Village, Southampton, straddling the years of WWI. We move from small island life to the world stage. I know this area well, and have stepped in the footprints of the characters. There is a rich wealth of detail encompassing the incredible events of this period, and the author has researched well, but kept the historical aspects in context with the central characters. Most enjoyable, and I very much look forward to the next in the series!”

Do I know this kind and thoughtful reader you may ask? Is he a friend or long lost relation? No, he first emailed me saying he’d bought the books when searching for the telephone number of The Yacht Tavern in Itchen Ferry village (most say Woolston unless you live there, where the people are very particular to differentiate and always have done, rightly so) I have met him subsequently. Following a successful book signing session at West Quay Waterstones Southampton I took my parents to the Yacht for lunch and I signed the gentleman’s books and had a lovely chat.

I particularly liked the way he talked of walking in the footsteps of the characters and several people, who have written emails to me after borrowed the books from local libraries down in Hampshire, said much the same thing.

Other positive reviews recently received recently were from a reading group in Luton, Bedfordshire and yet again I knew none of them (I am writing this for the writers among you) The feedback was that all enjoyed the book although it was not a genre they would normally pick up to read, preferring thrillers and murder mysteries. I was so grateful for their feedback because firstly they had not read the first in the series Riduna and secondly they lived no where near the settings of the novel and so I was assured that their unfamiliarity did not diminish their enjoyment of Ancasta.

Having said all of this I do appreciate any feedback, especially from writers who will point out the finer details. I can learn much from their feedback which will enable me to refine my craft for future writing. I always ask readers and writers for their honest opinions, as I hope I would give myself.

If you have read either of my books and would like to let me know what you think, but would rather email me  here’s the address:

I look forward to hearing from you.