As we explore Bedfordshire together as part of my murder mystery virtual tour we will pause a while at The Shuttleworth Collection, a place that influenced my second novel ‘Ancasta – Guide me Swiftly Home’ and also features in my third novel ‘Murder, now and then.’ The museum is a comprehensive collection of aircraft including a few of the oldest airworthy crafts of their type. My interest has always been to imagine the places where these planes were built and the people who crafted them, as well as the live of those who originally flew them.

For example, on one visit an engineer pointed out the unique stitching on the wings of the Edwardian aircraft, often carried out by women during WW1.

I have spent many happy hours researching at the Shuttleworth archives under the guidance of John and Jim and I am indebted to their support. Research for an author can be a lonely business, but it is wonderful when people take a genuine interest and give of their time to ensure that the facts gleaned and expanded upon in a novel are authentic.

Shuttleworth is unique in that almost all the aircraft on display are airworthy. There are also exaples of ‘work in progress’ which you can visit in Hanger 1 including the long awaited Spitfire and the De Havilland Comet DH88 which has flown for the first time again since restoration this year and an excellent site it was too.

Here is an account I wrote back in 2012 of an airshow I enjoyed when the Blackburn Monoplane gave her centenary flight from Shuttleworth:

“Last Sunday (7th October 2012) there was a buzz at the Shuttleworth Air Day. Attendance to the show was high, the mood buoyant and we milled around with anticipation as we waited for the display to start.  I did a double take when several pipers, resplendent in their kilts, walked towards us but no, we were still in the heart of Bedfordshire and the Bedford Pipers were to perform for us. The sun shone and folks smiled.

The focus of the day was a Fast Jet Reunion and those watching were certainly not disappointed as the Folland Red Gnats did acrobats in the sky (Hey, I know where they were probably made…. we saw one outside Follands in Hamble near Southampton!) There were others including the Vampire Trainer (Can anyone tell me why it’s called a Vampire?)  and the Hawker Hunter. (1955) As well as the Jets there was the Hawker Demon, 1933, and the Hawker Hind, 1934. (My elderly 103 yr old friend Norman worked at Hawkers back in the 30’s so I felt a connection)

Then we arrived at the part of the show which truly interested me, the World War One planes. I have read about Tommy Sopwith and what a character he was, and then there was the SE5a which features in my novel ‘Ancasta.’ The sun was sinking fast but it was a still evening and so we were filled with hope that the old Edwardians would be able to fly. Our wait was rewarded with the Bristol Boxkite, (although I believe this is a replica) also featured in my novel and the Avro Triplane. I never tire of watching these priceless machines take to the skies.

For me though, the climax of the day was watching the Blackburn Type D Monoplane, (Impressed… I copied this carefully from the programme) the oldest British plane which can still fly, take off on its 100th birthday. It first flew in December 1912 and Richard Shuttleworth found it in a barn of hay in 1937, before he bought it and had it restored. Thus, on Sunday The Shuttleworth Collection yet again treated us to a precious celebration of history come to life before our eyes!

As we were walking back through the remaining cars to go home I remarked on a lovely e type Jaguar.

‘That’s scary,’ my husband said. ‘You are recognising cars now.’

‘Oh,’ I said. ‘Do you know there are three things you’ve taught me since we’ve been together?’

‘What are those?’ he asked, puffing up proudly in a way only men can.

‘Cars, aeroplanes and how to swear!’ I replied.

Nevertheless it was another memorable flying day at Shuttleworth and as the announcer exclaimed at one point over the loud speaker,

‘We have to thank the RSPB for this unscheduled part of the show,’ as a flock of ducks flew in V formation overhead! “

Shuttleworth plays only a small part in ‘Murder, now and then’ but the museum is certainly a gem in the heart of Bedfordshire and watching an airshow for me is akin to discovering an antique diamond! 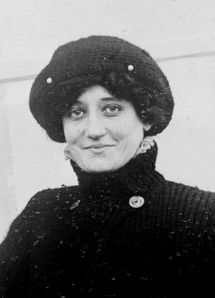 To add to my recent posts about early female aviators I must mention this French lady:

Background and Inspiration to Fly

Raymonde always enjoyed sport and motorcycles but was inspired to learn to fly after watching Wilber Wright’s flight demonstrations in Paris in 1908. In 1909, under the instruction of Charles Voisin a personal friend, she took off for the first time. I like the story that she disobeyed his orders not to take off on that first occasion. Whatever the truth she was certainly a headstrong and determined young lady.

She gained her pilot’s licence in March 1910 and as many aviators of her time took part in meets and shows. Although injured in September 1912 at the Reims Air Show and a subsequent car crash, she recovered fully and won the Femina Cup after a four hour, non stop long distance flight on 25th November 1913.

In WW1 she served as a chauffeur and engineer, confidently driving officers too and from the front.

Although of humble birth, the daughter of a plumber, she called herself Baroness, but after the war in 1919 she hoped to become the first female test pilot in Le Crotoy. Unfortunately the plane she was in crash landed and she was killed.

If you are interested in early female aviators I have done a series for this blog but here are some other links:

NB I was interested to see Harry Harper, the Aviation reporter of the Daily Mail at that time, writing about Raymone. I was so intrigued by Harry’s name appearing so many times whilst I was researching for my novel Ancasta Guide me Swiftly Home that he became a character in my novel and he is a man I intend to research in the future.

I love research and I’m looking forward to an autumn of delving into the background for the next novel in my Riduna series. (Having been prompted by several readers to do so) Sometimes it is the ‘blind alleys’ you get absorbed in that give you a gem of an idea for the future and my discovery of so many female fliers in the early part of the 20th Century certainly stirred my imagination.

Bessie was extra special. Not only was she female but she was also poor and black. Bessie used her intelligence wisely and she wasn’t deterred from her quest by prejudice of any kind. In fact it made her even more determined. She achieved a lasting legacy in her short life which affected many.

Background and inspiration to fly ~ One of a family of thirteen children of a sharecropper Bessie had to walk four miles to school each day, where she excelled in mathematics. In 1915 she worked at a barber’s shop as a manicurist which is where she heard stories of pilots arriving home from WW1.

Aviation achievements ~ She dreamed of learning to fly but even black US airmen wouldn’t train her so, undeterred, she learnt French and headed to Paris. In 1921 she became the first African American to obtain her international aviation licence. Still unable to make a living flying in the USA, or to find anyone willing to train her as a stunt pilot, she returned to France gaining instruction there and in Germany too, by a pilot at the Fokker Corporation.

On returning to the US she appeared in air displays and became known as “The world’s greatest woman flier.”

“I decided blacks should not have to experience the difficulties I had faced, so I decided to open a flying school and teach other black women to fly,” Bessie was noted saying.

Death ~ Unfortunately she did not live long enough to fulfil this dream because in 1926 a plane she flew in with William Will crashed and both died.

Noteble difference ~ It was after her death that she made the impact she’d hoped for in life, when Bessie Coleman Aero Clubs sprang up throughout America.