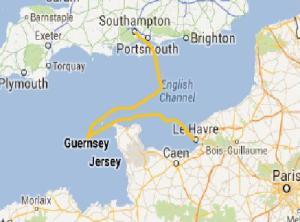 Ancasta Guide me Swiftly Home is set between 1910 and 1920 and so the members of the Newton family see many facets of World War One; the life changing experiences of the women at home in Woolston as Harriet opens her home for convalescent soldiers; the marked effect on their children and Jane’s world at The Royal Victoria Hospital. Life goes on as best it can.

There is a continuous flow of ships up and down Southampton Water, including Edward’s ship, commandeered to send new troops to France and to return full to the gunnels with the injured. Every home in every street is affected, when memories of the horror of the Titanic have barely had the chance to heal. Although Ancasta dwells more on those who remain in Woolston, France is never far from their minds, especially when Anthony, Harriet’s son-in-law is trained initially as an observer, on reconniassnace missions taking photographs of the area of conflict from the air. Then, having taken part in several successful fact finding missions he came home to fulifil his wish to complete his full pilot training.

Thus Ancasta has chapters which tell Anthony’s story from his training at Gosport to his long journey to France, by ship to Le Havre and then by barge up the river to Rouen; the sights on this trip in sharp contrast to the ones he will witness shortly. We read of some of his  experiences in France through letters to his wife wife Sarah, who has moved back home to Woolston to live with her mother Harriet for the duration of the war. Through these extracts we learn of Anthony’s joy of learning to fly and we see the war on the home front through his eyes, not in the depths of the muddy fields of France but almost as a movie from above. It is nonetheless vivid in its devastation.

These chapters were inspired expecially by an old tome I borrowed from The Shuttleworth Archives called ‘Sagittarius Rising’ by Cecil Lewis, a gripping true account which reads more like a novel in itself.

Will Anthony be one of the lucky ones to return? What are the odds with my no 13 post on my virtual tour?

When you think of the sacrifice so many of these young men made for us all though, luck doesn’t really come into it, does it?

The name of the novel ‘Ancasta’ is even more pertinent during this period as the women prayed for the swift and safe return of their loved ones from France just as the Romans prayed to Ancasta, ‘The Swift One’ centuries before in this very location.

There are many websites and blogs related to The Great War but here is a link to one I follow:

Filed under Ancasta, Early Flight, Research, Role of Women, The Great War, Virtual Tour of the Solent and Beyond, Woolston, WW1