Final Weekend of 99p sale for MURDER Now and Then before …

MURDER Now and Then

before it will be taken out of exclusivity on Kindle Direct and Eventispress will make it available in other markets.

MURDER Now and Then on Amazon UK

New week the second in my Mysteries Inspired by History Series will also be on sale for a week. More shortly.

Nellie Rault was murdered 100 years ago ~ An Inspiration

The unsolved murder of a Jersey lass, Nellie Rault, one hundred years ago, inspired my first murder mystery, Murder Now and Then.

The mystery also inspired the Luton Paranormal Society to investigate it! (you may have to scroll down through the paragraphs.)

In honour of Nellie Rault, whom I renamed Lucille Vardon in my purely fictional novel, I have brought  out an updated version of ‘Murder, Now and Then’ this summer. (revised due to the fact that I wrote the original in 2013 and predicted the future to 2019, some of which has and some has not come to pass.)

Here’s the new cover in celebration of the relaunch: 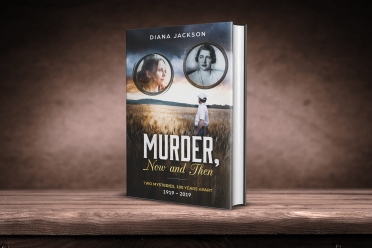 Mind you, there are actually farms where cows are milked by robots as and when they choose to be milked. I’ve seen them!

Also, and just as exciting, in the autumn I will be launching my new novel, another mystery loosely set in Bedfordshire, although the actual location is fictional this time but it visits Scotland too. (couldn’t resist it) Watch this space!

Meanwhile The Healing Paths of Fife was all about relocation and renewal, but it also touched on how I coped with a barren time as far as my creativity and my writing life was concerned. As my personal life found new meaning and stability, my writing life floundered.

This fantasy memoir ends as I began to find a balance and a greater wholeness as the ink from my pen began to flow once more.

Filed under Murder Now and Then, Writing

Murder, Now and Then: 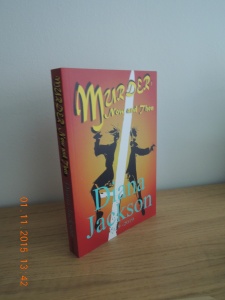 Filed under Bedfordshire, Marketing your novel, Murder Now and Then